Articles: Elaine’s work has appeared in the following magazines, newspapers and webzines: 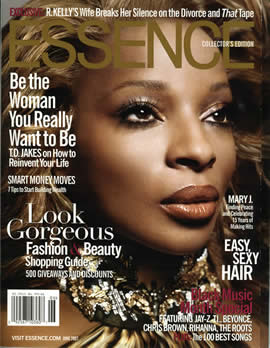 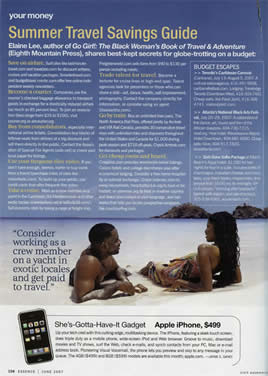 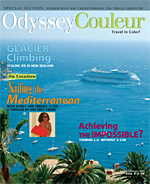 I’ve climbed mountains, rocks, trees, and even a vertical San Francisco street. But I never climbed a river until I hiked up the Franz Joseph Glacier, a colossal river of ice in New Zealand.

It started innocently when I joined the Magic Bus, one of New Zealand’s independent traveler’s networks, which provides hop on–hop off transportation along 24 different routes, as well as access to numerous hotels/hostels and activities/tours along each route. I chose the three-week Kiwi Encounter route through New Zealand’s North and South Islands. The Franz Joseph Glacier was, according to our guide and the locals, not to be missed. Having never seen a glacier, let alone climbed one, I decided to give it a try, along with 20 other brave souls on our bus.

The Franz Josef Glacier originates high in the Southern Alps on the South Island of New Zealand, descending inexplicably into the lush heart of a primeval temperate rainforest. This unique blend of ice and mountain greenery is an ecosystem found nowhere else in the world. The Maoris call it Ka Roimata o Hinehukatere (The Tears of the Avalanche Girl). Eight miles long, it plummets in places from a height of 9,000 feet above sea level to a mere 800 feet in the space of a few dozen yards.

Before the climb, we were broken up into groups of about 12, based on which hike we chose and the speed we thought we could climb. Despite my being very fit and physically strong for age 50, I knew the slow group was the way to go. I thought I would pal up with the only other gray-haired woman in the room, but it turned out she was a champion triathlete. After polling everyone, the staff could not find anyone else interested in joining the slow group so they assigned me to the intermediate group. One look at all those college-aged kids and the triathlete and I knew that I was destined to be a straggler. 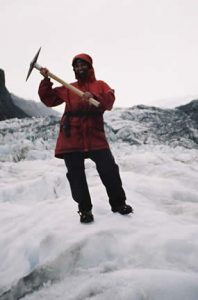 They piled us onto a bus for the 15-minute ride to the park entrance. En route, as the glacier slowly came into view, I saw what looked like a trail of ants crossing one of the glacier peaks. “What’s that?” I asked our guide, Myrna. “Those are hikers,” she said. “That’s where you’ll be later today.” I thought she was joking. I couldn’t imagine climbing that far and that high, and then coming back down, all in one day.